Production of direct current electric motors and not only 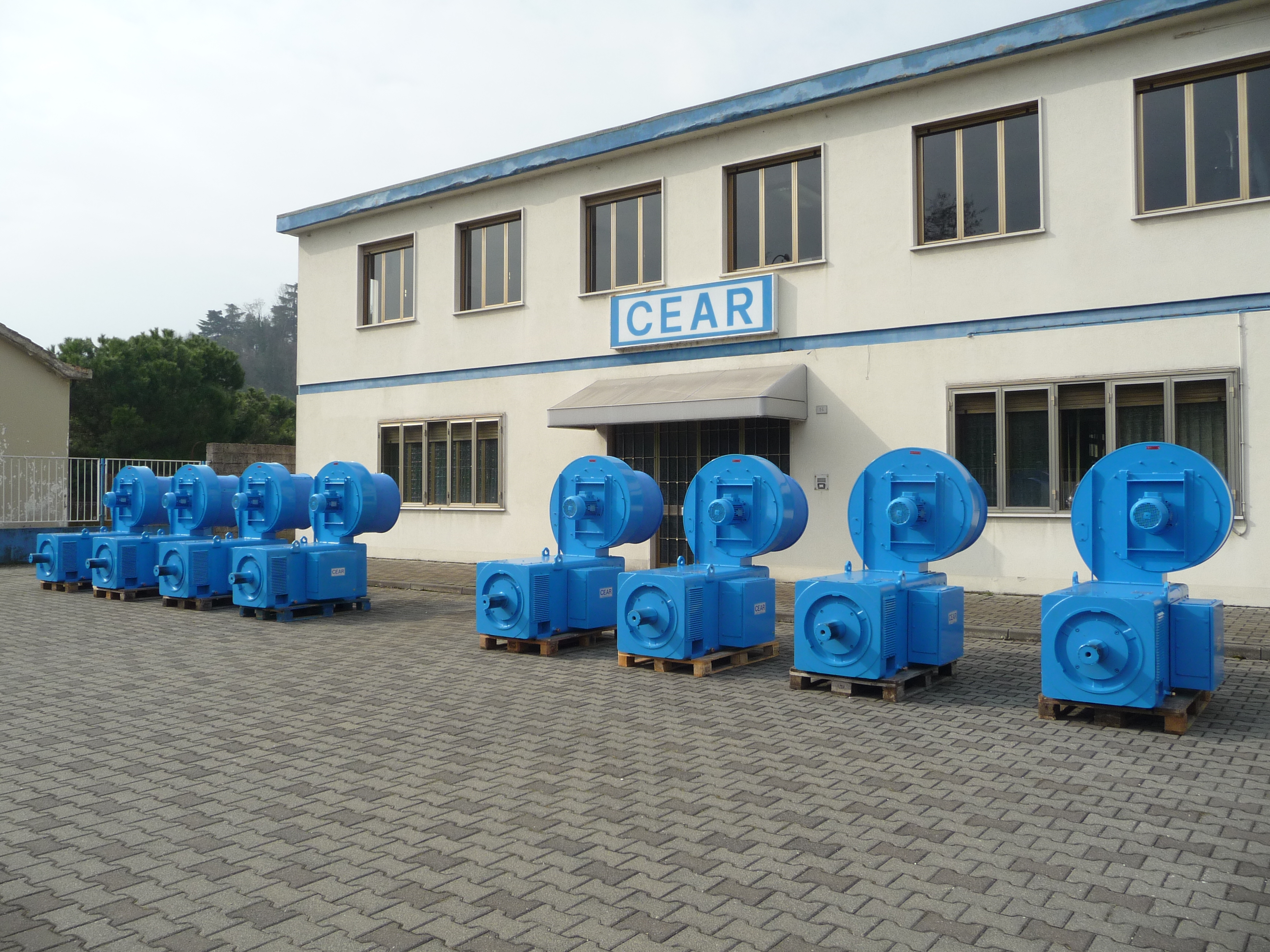 When the historical company "Pellizzari" went out of business who had placed among the major companies in the world, many of its technical gathered, the legacy.

Then, the moment of painful surprise and interrogation on the future was quickly replaced by the certainty of being able to operate in the manner learned from the school of life and art: thus when born the many production companies in our area.

One of these was CEAR, born making use of existing directional and technicians who worked previously in company "Pellizzari" and continued in good rule of art that made famous worldwide businesses of Arzignano (VI) - Italy.

The production of CEAR early and until 1980, concerned motors with round case in steel and cast-iron shields, signed: MCE - MCF, whose power ranged from 3 kW to 200 kW.

Then were put into production the current motors with square case, signed MGL.

CEAR motors are working around the world, installed on machinery and equipment of the leading Italian and foreign manufacturers of the various sectors.

CEAR motors are present in all the processes necessary for the trasformation of plastics and rubber; in the metal industry, where the applications ranging from the rolling of the sheet and wire rod, the drawing, cutting and all those processes necessary to the distribution of metallurgical products.

Other areas of use of CEAR motors, are the paper industry, the production of paper, packaging and printing, biomedical and glass tempering.

In addition to the square series of motors, already in the catalog, CEAR also produces motors for several uses, such as traction motors, generators for board ships, motors for drives of submersible, and several others, made only on specific requests of our customers.

To provide the best possible service Cear uses cookies .Continuing the site navigation , authorizing the use of cookies. I agree X